JohnyML, editor in chief of Artehelka goes through the works in an exhibition titled ‘Impulses In Drawing’ at Vadehra Gallery, New Delhi, and asks why art criticism via internet is not possible in the days of art dealing via internet. In this show, he says, unfortunately there is only one artist who has done deliberate justice to the show, Shilpa Gupta. 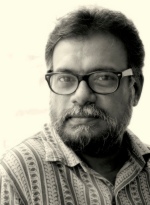 Can a work of art be reviewed by looking at its digital image available on a gallery’s website or on any other internet platform? Purists amongst us would say that it is a scandalous practice and it should not be encouraged. I think they go against the grain of our times. If we could buy and sell our cars and properties through goods trading sites, if we could order our books and shirts via platforms like flipkart and amazon.com and we could initiate art trade and auctions over virtual interfaces, I ask, why we can’t have a proper art criticism sans borders in the internet space. Most of us think that the real aesthetical experience comes upon seeing the original work of art. One should feel the depth of colors and textures, they say. Art criticism is possible only when a critic sees the work of art either at the studio of the artist or in the gallery or museum spaces. If art trading could fly, art criticism should cycle down; that is the outlook of the day. We do not say that the film critics should critique films at the editing table or we do not ask whether the critic has seen the film in a theatre or at his laptop or smart phone. Art criticism is equated with music criticism and dance criticism, in this aspect of seeing the original. Traditionalists insist that criticism of these should happen ‘live’.

In our times, where flattened aesthetics correspond to a flattened world, where homogeneity is celebrated while heterogeneity is suppressed, I do not think there is a need to see the colors and textures in their actualities because the colors and textures are pre-determined by too many other conditions that facilitate homogeneity without remorse or shame. A work of art could be seen within the virtual world and the critique is possible while taking the facilitating conditions and histories of similar works or of the works by the same artist into consideration, as they pre-determine the quality of the works as they have never done before. Artists send their works to the galleries in digital formats. When they do not go by the grapevine talks they do really go by the digital tracks. If they like the works in their digital versions, they make an attempt to see the works in their original forms. From my experience I could say that most of the gallerists do not look at the originals of the works until they are unpacked and displayed a couple of days before the exhibition. Most of the gallerists sell their wares by showing digital images to their clients and the clients in turn rely on the credibility of the galleries and the art consultants.

This preamble is equally an apology for my critique of an exhibition currently on at Vadehra Gallery, New Delhi. One may wonder how I could do a ‘distant’ art criticism of a Delhi exhibition while sitting in a small village near Trivandrum in Kerala. I say that it is possible through the medium of internet and I am more or less justified because of the conditions that facilitate these works have been familiar to me for quite some time. Titled, ‘Impulses in Drawing’, this exhibition shows how tired our galleries are trying to put up a decent show. I do not know whether the title was following the works in the show or the works were instrumental in generating such an unimaginative title. Flat world and flat aesthetics may give birth to flat titles too. Drawing, in the right spirit of the term is an impulsive act especially seen within the context of art. Drawing, in this scenario is different from the drawings done by architects or engineers or scientists. In the case of spontaneity and unpremeditated-ness of drawings, they are fundamentally different from the graphic artists and the artists who work in advertising and animation. Drawing in itself is an impulsive act. So any drawing, which is showcased or not is an impulse captured on a surface. But there are drawings which are presented as drawings only because they are not filled in with colors and not given rotundity by chiaroscuro.

Seen against this context, in this exhibition, if we go strictly by the title, there are only three or four artists who have presented impulsive drawings and they are Rajnish Kaur, Shilpa Gupta, Bhupen Khakar, Somnath Hore, Ram Kumar and to certain extent Jagannath Panda. Rest of the artists namely Chameli Ramachandran, Juul Kraijer, Mahesh G, Rakhi Peswani, Aami Atmaja, Aruna Rao, Zakkir Hussain and Gipin Verghese have created works of art/drawings with a purpose of making presentable ‘drawings’. One may ask what the drawings of Somnath Hore, Ram Kumar and Bhupen Khakar are doing in this show, I would say this show should have been a show of their impulsive drawings than this forced collection of ‘drawings’ by various artists. Rajnish Kaur’s drawings could even be paintings but they are spontaneously done. The best out of this lot is Shilpa Gupta’s ‘100 Handmade Maps’. Still I do not find any reason for Shilpa Gupta and Ram Kumar to be together in this show. I would have curated a show with these two artists bringing the idea of impulse and spontaneity as the frame of reference. I would have developed how the existential politics of RamKumar (or in that case that of Somnath Hore and Bhupen Khakar) slowly transforms and manifests as political existentialism in the works of Shilpa Gupta. But alas curators are blind these days and they need reading aides than remunerative cheques (if at all someone is paying them these days).

Shilpa Gupta has always been an interesting artist of our times. Incorporating technology, craft and aesthetical finesse into her works of art with equal verve and passion, Shilpa has been instrumental in creating a series of politically sensitive works during the last one decade. Her extensive ideations on the notion of border between states and border between minds have found various expressions in her interactive digital and computerized installations. She has mapped social aspiration of people through a series of photographs and the interviews simultaneously presented as ‘sight’ and ‘sound’. In one of her exhibitions she had created a series of obscure objects (slightly reminding us of the beauty that had escaped the hands of Christo as he was looking for spectacular examples for his personal shrouding) by covering the objects that had been confiscated by the security personals at the checkpoints in the airports. These familiar objects, which are simple daily objects, suddenly turn into potential weapons of threat as they come near to the security areas. These objects lose their use value as they are about to cross the liminal space between two nations. Shilpa, by covering them and making them strange objects, suddenly evokes a sense of precariousness and ambivalence in our minds not only about things but also about their meanings. Her installation of microphones and the sonic ambience created out of the national anthems of various countries was another take on the imagined borders and the imagined sense of security and patriotism.

Shilpa has pursued her pet theme of borders and the illusionary patriotism generated by these borders in her spontaneous drawing series titled ‘100 Handmade Maps of My Country’. These impulsive drawings are automatic and subconsciously driven, and perhaps an indication to the artistic intention of showcasing the imagined bodies of patriotism within the contours of a nation, she has created these works of art using the most basic technique of replication; that is, using a carbon paper to replicate the drawings. She picks up a paper and draws and overdraws the set contours of a nation till she loses the control over the drawing and the resultant drawings capture the ‘deviations’ of the artist. We all make such transgressions if not really at least in our minds as far as the idea of a nation is concerned, the artist seems to say. The intentional fallacy of these maps is automatically contrasted with the fallacy that we all make while drawing the map of our nations. There is a perennial dissatisfaction about the contours of the maps that we draw each time on a piece of paper and in our effort to correct it we keep repeating the wrong contours. This psychological frenzy to draw the contours of a nation right and find protection and sense of security within it is somehow thwarted by our own inability to operate from within these given contours. Our minds, as we are different from one another, keep violating the nationally accepted lines of a map and these transgressions in a way become a reason for us to become citizens who are constantly in a process of correction. Shilpa gets this state of lines and state of minds effectively when she makes a series of maps and lets the moving hand take over the intention of the artist

. In my opinion, ‘Impulses In Drawing’ is purely a Shilpa Gupta show. The ridiculous clubbing together of the modernists with the post modernists and the contemporaries, without any curatorial justification makes the show a bit naïve and it is absolutely not good for the image of a reputed gallery like Vadehra Art Gallery. To tie the loose ends, let me go back to the initial point; an art critic can have his critical approach and also he can create a critical writing while sitting far away from the gallery; even without having seen the show. If someone wants to disprove my views, they could personally visit the show and come up with a better criticism than the one that I have done here. And also I want Shilpa Gupta to say that I have wrongly interpreted her works.